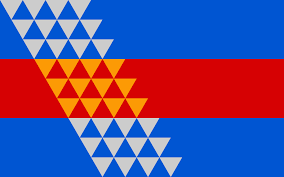 The US federal government terminated relations with the tribe in 1956, but the court case, Mabel Duncan, et al. v. US, settled in 1981 declared this termination illegal. After the 1956 termination of the Old Robinson Reservation, tribal members moved to urban areas. Federal recognition for the tribe was restored in the 1960s. In 1978 Robinson Rancheria organized a tribal government and adopted their constitution in 1980. Many tribal members live back on the reservation today.

In February, 2017, the tribe announced reinstatement of the nearly 70 members who were disenrolled in 2009. After tribal members spoke out, the tribal government voluntarily decided to reinstate without a court order.